Boys’prepuce is a common genital disease in early childhood. If parents can not find and treat it in time, it will cause serious consequences. Therefore, experts warn parents: male reproductive health should be picked up from baby.

Half of parents do not know children’s reproductive health knowledge.

It is reported that 200 male children aged 2.5 to 6 years were examined, of whom 161 had genital diseases of varying degrees, including phimosis (5%) and prepuce (51.5%). There were also diseases such as stenosis of prepuce orifice, prepuce inflammation, cryptorchidism, hydrocele of testicular sheath and right oblique hernia. In the same survey, 55% of parents did not know about children’s reproductive health care knowledge, and 98.5% of parents wanted to know about this knowledge, but could not start.

What are the common problems of boys?

Experts say some men find problems with their reproductive organs when they reach adulthood. Little is known that some problems have emerged in childhood, but neglected by parents and delayed the opportunity for treatment. Therefore, male reproductive health must be picked up from childhood, so that early prevention and early treatment are not necessary.

The common reproductive diseases of boys include cryptorchidism, phimosis and redundant prepuce. Children’s reproductive health is most vulnerable to parental neglect, in this reporter reminds young parents: children’s problems you have noticed?

Did testicles descend into the scrotum?

Experts say testicles are important reproductive organs that produce androgens and spermatozoa. In general, when the child is still in the mother’s belly, the testicles are located in the abdominal cavity.

As the pregnancy progresses, the testicles gradually descend, dropping into the scrotum at 9 months of gestation, so most of the baby’s scrotum after birth can be touched by two things, such as the size of peanuts, this is the testicle. 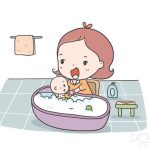 Be careful with these 4 movements.

July heavy summer, how does the baby prevent heatstroke?