Today, a mother asked me something in the background.

My baby is 3 years old, before going to kindergarten are more gentle character, sometimes in the neighborhood by children robbed of toys will not snatch back the kind.

But last week, I heard the teacher said that the baby often beats other children in the kindergarten recently. When I asked him why he hit other children, he always talked about him from left to right, or he simply did not answer.

The mother was very upset and didn’t know how to educate her baby.

What do babies do when they are beating babies?

First of all, we should first treat babies differently according to the age of their babies. Under normal circumstances, infantile baby beating is not offensive. They usually hit two people at two o’clock.

Reason 1: they use these actions to express concern and love for you.

Yes, you didn’t hear me wrong. This is the baby who can not speak yet. Sometimes when he gets up, he crawls over and cracks at you in the face, or pulls at your hair. It’s all about expressing deep love. Although I understand that you are suffering, please do not blame him.

Reason two: they think your reaction is interesting. During this period, the baby gradually learns the causal relationship of time. For example, if there is a sound on the table, the mother will respond to it.

When a baby hits a person, don’t give any facial response (even angry or painful expressions at this time may make the baby feel funny), or turn his head away, and no one else in the family laughs or reacts.

So if you react with surprise, laughter, etc. when they hit you, they’ll probably find it interesting to hit you again.

Reason three: they may be too excited.

Sometimes our adults can dance with pleasure because they are too excited. Babies also have the need to express emotional agitation. But they don’t know how to express it. Sometimes they have unconscious beatings.

If the baby continues to slap, hold the baby’s hand and pick up a toy to distract him. My girlfriend did what I said, and the number of beatings on her face was significantly reduced, and it’s almost never going to happen anymore. At the same time, she showed her how to recognize and express emotions. For example, you can demonstrate that when you are happy, you can say “great” and clap your hands happily.

Two, how do children do “beating”?

They usually fight a few times.

Reason 1: beating people is a child’s lack of interpersonal skills.

Some babies “hit” people in order to attract other children’s attention, but they do not know how to start interaction, but in a way that others may be afraid or bored. For example, if you run to another child and pat him, then laugh and run away, or even when someone dodges, come back and pat him again, the other children may cry. Many parents worry about whether their own doll will become a bear child who let other dolls “see and bypass”.

Relatively, children like this often don’t quite understand that sometimes people beat him because they are angry and think that it is the way others play with him. So even if they are beaten many times by other children, they still stick to play with them, or think that hitting people is the way of playing, they also use hitting people. Others interact. This is the adults next to you who mistake the two children for a fight.

Such children may not have much chance of going out and interacting with others, and the patterns of family members are peaceful and tranquil. Children rarely see intense scenes and facial expressions, so they do not understand the angry expressions of other children.

1. Find some picture books and videos to show the children how to invite others to play with them in a correct and friendly way. For children who learn to speak, using language is a good alternative to force. Parents can even tell their children directly that if they encounter the same situation the next time, do not hit the children, you can say, “Let me play with your toys.”

3. Conduct situation simulation exercises on various scenes and children at home, such as how the children feel when their toys are stolen by others, and how the children look when they feel this way.

1. children’s ability to imitate is very strong. They often imitate what they find interesting in TV. Parents online say that children like to knock their dad’s head with a pan after watching “Some Sheep”. Obviously, the child’s “beating” is more of an imitation.

2. If a child makes a mistake, the parent will hit the baby, and the child will imitate the adult’s practice, but also hit the person.

1. some animations and movies with violent plots are not often seen for children. If there are one or two such plots in daily life, it can be well guided or avoided. As children grow older, they are more likely to hit people aggressively for all the possessions of a toy while playing with siblings. Or in kindergarten because they fight for a seat with other children.

But it is “beating people”. We should really educate and treat them in a timely manner.

1. face up to the mistake of beating people.

If the baby hit, should immediately grasp the hit hand, and at the same time seriously, firmly look into his eyes, so that the baby felt wrong, and after the baby is calm, and then reasoning with him.

Don’t scold or criticize in public, but you should stop taking the child away from the scene immediately. Tell him seriously that beating is not allowed. Parents should teach their children the right way to express their feelings and encourage him to explain the reasons for beating. For example, some children take away the blocks that he plays. If he does not come back, he will play with children. At this point, he could be polite to his children and ask him to come back.

It should be noted that the mother’s words and deeds must be one, can not hit the child while saying “can not hit people”, nor suggest that “children hit people, let him taste the taste of being beaten.”

Although we have to take the child beating seriously, but serious does not mean to make the family smoke. Don’t overemphasize beating, treat children calmly, tell children the right way. And the child Xuhui transposition thinking, let the child experience the pain feeling, feel that beating people is painful, you do not like others to you, others do not like you to him.

Children are also vulnerable to aggressive behavior in family environments where children are always forced and given too many restrictions.

When children are young, intimidation and abuse may have some effect on their behavior management, but this is at the expense of their sense of security, and as they grow older, their rebellion against their parents will become more and more intense, they will turn a deaf ear to their parents’words, and even start beating them.

2. give children the chance to freely choose.

Give your child the freedom to choose and play to the fullest extent you can, respect his or her ideas, and try to guide him or her on the basis of understanding his or her feelings, rather than forcing him or her.

3. two treasure families should give consideration to the feelings of two children.

Parents should avoid ignoring the feelings of any one of their children. They should take into account the feelings of the elder, and should not overcorrect them. They should give priority to the elder and sacrifice the interaction time between the elder and the second. It is suggested to create opportunities for parents to play with the eldest and the second, and to give separate moms and dads time for their two children to be unique.

4. handle the relationship between husband and wife well.

We must avoid violent quarrels or even physical conflicts in front of children. If the child inevitably witnesses, let the child know that the parents are arguing about something, not because they don’t love each other, not because of him. 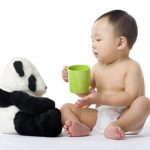 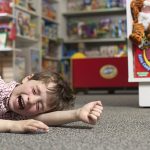