Some parents may notice that babies become more self-conscious and socially inclined after almost one year of age. But some parents also feel depressed. Why do children always push and beat people when they play with other children? There is even a baby who can talk again for a month. Suddenly, he will shout at his little partner. These behaviors are called child aggression in terms of child rearing. This kind of behavior refers to when the child’s existing needs are not met, or his own situation or rights are “infringed” by what he thinks, there will be verbal or physical attacks on small partners, for example, children to beat, push, kick, bite, shout, swear, snatch and other attacks. However, when the baby’s aggressive behavior appears, some parents are quite “calm” and feel that the child is still young, just playful. Some parents are anxious about their babies’behavior and wonder how to guide them to avoid it.

The three factors that affect the baby’s behavior are physiology, family and environment. These three factors go through the details of the baby’s life. If parents do not pay attention to these links correctly guide the baby, then the baby’s aggressive behavior will intensify, may cause lifelong irreparable mistakes and regrets.

The impact of domestic violence. Babies are very sensitive to their environment, and will be affected by their parents’ behaviors. If parents often treat their babies with a slanting and scolding but light preaching education, and they are likely to use violence against their babies, then babies will treat other children in the same way. Parents are children’s first teachers, is the baby’s earliest imitated object, so the violence of parents will be imitated by the baby.

But because the baby is often taught by parents, and because of their young age and lack of cognitive ability, over time this violence will produce resistance, and then transferred to other children out of breath. Over time, there will be a certain psychological shadow, and bury the curse of violence and attack.

Group environment impact. Children usually begin to receive pre-school education when they reach the age of 3. Kindergarten is one of the important places for preschool children to live and grow. In kindergartens, the teacher’s behavior has a great impact on the baby. If the teacher has negative behavior such as abuse, violence and other factors, then the child’s physical and mental harm and impact will be serious, to a certain extent, will also contribute to the child’s aggressive behavior. 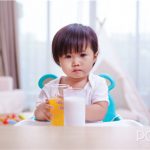 Baby beating still does not listen to teaching. 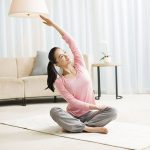