In family education, in addition to attaching importance to children’s academic achievements, there is also a content that can not be ignored, that is, EQ education. EQ is the ability to control and regulate one’s emotions. People with high EQ can handle their relationships well with others. IQ is innate, but EQ can be nurtured. Some people say that EQ is the key to success in life. Mom and Dad to see if the child has these behaviors, that his EQ needs to be more developed oh! Families spoil their children too much and let them do nothing. Parents always do everything by themselves. Growing up in such an environment, children will become too dependent on their parents, lack independence, their own things can not make up their minds, encounter a little difficulty on the back immediately. Parents should pay attention to the cultivation of children’s ability to live independently from an early age, so that children can not develop the habit of depending on their parents for everything. (pay attention to WeChat subscription number: mother’s time, talk about parenting.

2, be opinionated and too willful.

Some children stubbornly like a cow, once identified things, how to say it does not change, such as the night must eat ice cream, the family can not go out to buy, how the mother coaxed refused to do anything else, must be ice cream.

Such a child is too stubborn, they think the right thing must be right, even if wrong do not admit, easy to get along with small partners. In fact, this is also because the family is too spoiled, what the children want to give, develop a self-centered personality. Such children often lack self-control, and lack flexibility in interpersonal communication.

Some children can only listen to others say that he is good, can not say a little bit of his ugly words. If others do not speak well, they will burst into tears and become angry. This is also a sign of low eq. If you can only hear praise without criticism, then people can not see their advantages and disadvantages correctly, such a child can not distinguish right from wrong when he grows up, as long as others say something nice, his mind will be confused. (pay attention to WeChat subscription number: mother’s time, talk about parenting.

Some children act honestly outside, shrink back easily, and look like introverts. But when you get home, you’re going to be a bully and you’re going to be angry where you’re a little dissatisfied. This is a typical “Wo Li Heng”, even his parents do not know how to respect.

How to develop children’s EQ?

The level of children’s EQ, reflecting the quality of education, want to let children develop high EQ, parents must pay attention to words and deeds.

EQ is the control of emotions. Everyone has different emotions every day. If you want your child to improve his EQ, you have to let him know his emotions first and express his feelings correctly. Some children can’t tell the difference between fatigue and sadness, anger and excitement, and misrepresent positive emotions as negative ones. Parents should help their children understand and understand the expression of various emotions, so that they can understand their own feelings, and then understand the feelings of others.

2, let children learn to respect others.

To respect others and to think about problems from other people’s perspective is actually a courtesy. Children who know how to respect others will not look down upon others because they are different from themselves, will not be self-centered in everything, and can consider each other when they are with friends. This is high EQ.

Everyone is unhappy and angry, but people with high EQ know how to control their behavior. When a child is angry, he should know that he can not be angry at others, let others bear the consequences of his emotions, such as he can find a corner alone until he is not angry. Parents should guide their children to deal with their emotions correctly, and teach them how to adjust their emotions and find ways to cope with problems.

Play with water in the swimming pool and watch out for 6 diseases. 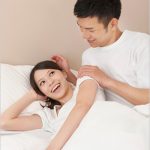 7 things that young couples must do before pregnancy.