Postpartum menstruation is the “barometer” of a new mother’s physical recovery. Early or late arrival affects the mothers’nerves. When does menstruation come back? What’s the effect of coming early and late? Today, let’s pay attention to it.

When does menstruation come back?

Postpartum menstrual recovery time is really early and late, and the difference is still very large.

Early menstruation can occur after the full moon, or 1 months, until the baby is 1 years old, or 1 years later.

Why is that so?

This is related to the time of ovulation. As early as 33-42 days after delivery, the ovaries can be ovulating. In addition, the presence of corpus luteum after ovulation can be observed 6 weeks after delivery. Therefore, if the mother does not breastfeed, the menstruation usually comes within 6-8 weeks after birth. Most breastfeeding mothers do not regained ovulation until 18 weeks. Is postpartum menstruation early or late?

On this issue, we can say it in two ways.

One theory is that early menstruation means good health and normal ovulation, and that, according to the elderly, early postpartum menstruation means a lot of babies in the future. Understanding now is to restore ovulation earlier and become more likely to get pregnant.

Here is a digression. Early menstruation means paying attention to postpartum contraception. After childbirth, it is necessary to give the body and uterus a certain recovery time, especially for caesarean section women.

Another way of saying that menstruation is late is more suitable for breastfeeding. Generally speaking, new mothers who breast-fed their babies ovulate and menstruate later, some of them recover after a year.

There is a problem to note that when menstruation, lactating mothers milk secretion will generally be reduced, milk contains protein and fat quality also slightly changed, protein content is higher, fat content is lower. This milk can sometimes cause dyspepsia in infants, but this is a temporary phenomenon. After the menstrual period, it will return to normal. Therefore, no matter whether it is in menstrual period or after menstruation, mummy does not need to stop feeding.

Postpartum menstruation when to come, come early or late, should not be “one size fits all”, because it is lactation, lactation time, personal physical fitness and so on have a great relationship.

If you breast-feed regularly, menstruation does not come, which is normal; no breast-feeding mother, “old friends” usually come within 6-8 weeks after delivery. If you haven’t breastfed for 3 months or not, you’d better go to the obstetrics and gynecology department.

In fact, when menstruation comes, the key is better recovery. We should take good care of our body before we meet the first menstruation. “Don’t make a lot of supplements.”

Postpartum new mother’s body will be relatively weak, in the menstrual period must not be a large number of supplements, especially to eat some supplements, some of the medicines are blood-activating and stasis-removing, eating will lead to increased menstrual volume.

Menstruation is the most afraid of cold, the uterus is afraid of cold, a cold easily lead to irregular menstruation and other gynecological diseases, new mothers after delivery menstruation, must pay attention to, can not catch cold, menstrual period to warm the abdomen, feet, it is best not to touch cold water, do not eat raw and cold food.

Intense exercise, such as running, fitness, will aggravate the physical discomfort during menstruation, and even cause irregular menstruation, dysmenorrhea or prolonged menstruation and other problems.

Postpartum physiological period if often emotional irritability, not only affect the body’s recovery, but also lead to irregular menstrual recovery time. Keeping a good mood is a good guarantee for the recovery of postpartum menstruation. 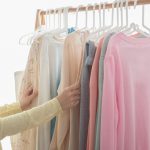 Maternity leave would make it easier to return to work. 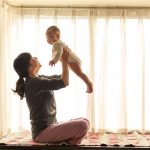 What can I do to save your postpartum mother’s hands?