Postpartum menstrual rejuvenation time will vary according to individual differences, with whether breast-feeding, lactation time, age and ovarian function recovery ability and so on are closely related. Generally speaking, new mothers who do not breastfeed report for regular leave within three months of delivery, while breastfeeding mothers generally recover later from their regular leave and ovulation, about four to six months after delivery.

The postpartum holidays come sooner or later, and it’s hard to wait until a “good friend” visits, but the new mothers have all sorts of problems, so upset ~~ The regular leave before childbirth usually ends in about 5 days, and the “good friend” after childbirth is still unwilling to leave for seven days. The amount of menstruation is much more than usual.

This is mainly due to postpartum ovarian estrogen secretion caused by persistent anovulation, stimulate endometrial hyperplasia, so the amount of bleeding will increase when shedding. It can also be caused by the new mother’s overwork, stress, and even organic lesions, such as uterine fibroids, uterine polyps and so on.

Normally, the amount of menstrual blood per menstrual cycle generally does not exceed 30 ml to 50 ml, if more than 80 ml, can be diagnosed as menorrhagia. The menstrual cycle of each person is different in blood volume, which can only be judged according to his own situation.

We suggest that we should relax, do not seek medical treatment, try to find out the causes of menorrhagia, and then for the next treatment. Of course, if the rest of the cases gradually return to normal, there is no need for treatment.

Contrary to the condition of “blood collapse”, the amount of menstruation is small. Some new mothers have a very small number of first official postpartum leave, or even a little bit.

The main cause of this situation is caused by the body blood deficiency or traumatic bleeding, such as postpartum hemorrhage can cause the body blood deficiency. Congenital kidney qi and kidney essence deficiency, excessive production damage the kidney, resulting in insufficient kidney qi, and eventually lead to less menstruation; Sometimes endocrine normal, and uterine dysplasia, endometrial stimulation of ovarian hormones to reduce the response, or partial adhesion of the endometrium, can also occur less menstruation. Question 3: menstruation is too late.

This condition is mainly associated with long-term lactation, slow recovery of ovarian and endocrine functions, and postpartum hemorrhage. Breastfeeding will increase the hormones in the body and inhibit ovulation.

It is suggested that we should have a balanced nutrition, pay attention to meat and vegetable collocation, and prevent iron deficiency. Eat more fish, lean meat, animal liver, blood and other protein-rich, iron-rich, easy to be absorbed by the human body. Don’t eat spicy and spicy foods, not drinking or drinking coffee.

No matter whether or not breast-feeding, most new mothers are not regular in several periods before giving birth.

This is often due to neuroendocrine dysfunction, organic lesions or drugs caused by postpartum hemorrhage, obesity, mental stress, ovarian function and other conditions. Basically, it takes about 2 to 3 cycles to get back to normal.

Postpartum newborn mothers’menstrual upsurge and menstrual disorders are regulated by the hypothalamic-pituitary-ovarian axis. It is recommended to maintain a pleasant mood, avoid depression, depression, tension, emotional excessive fluctuations, or environmental or peripheral temperature changes. In addition, proper exercise will help the body recover. 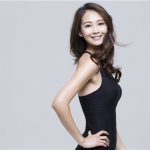 There is no worry about sexual intercourse after delivery. 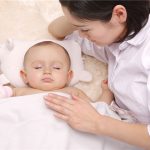 We should pay attention to these five points in the southern Tianli puerperium.