I thought the reaction of early pregnancy was morning sickness. I didn’t expect that there would be so many difficulties in the early stage of pregnancy. Just when I found out that I was pregnant, I felt that the whole person’s mental state had changed. Every day I felt sleepy and sore all over my body; the taste was bad, and I was always bloated, sour and belching; what was more surprising was that on such a hot day, I still felt chilly and occasionally sweaty and dizzy. Yes, it is always frequent urination, so you dare not stay away from the toilet. What shall I do? What are the ways to deal with these early pregnancy reactions? Sleepiness and aching all over

Ting Ting: Eight weeks pregnant, I used to work like a chicken bloody, full of energy, but recently I was particularly sleepy. Who had planned to announce pregnancy before the first trimester? I didn’t take a nap before, but now I have to lie down on the table after lunch, and I can’t help dozing off at work in the afternoon. I was found by my colleagues a few days later, and I guessed I was pregnant. Moreover, after I woke up recently, I would feel aching all over. I didn’t want to get up at all.

[Undoubted] Feeling weak, tired and tired during the first trimester of pregnancy is a normal phenomenon, which is also a signal to the mother that a prospective mother needs to slow down. After pregnancy, hormone levels in the body of expectant mothers will change, which makes some expectant mothers in the early pregnancy performance lethargy, fatigue, and sometimes wake up after the whole body aches.

[coping strategies]: in such a situation, mothers must not worry too much. Muscle soreness can be relieved after exercise. If your condition permits, try to meet your physical needs, such as getting as much sleep as possible. As the gestational week grows, your body will also slowly adapt to changes in the internal environment during pregnancy, and the discomfort that occurs early in pregnancy will gradually ease.

Xiao Fang: After two months of pregnancy, I always feel bad about my stomach. It is easy to have a bloated stomach before pregnancy. Sometimes I will take some stomach medicine to help digestion. Now pregnant, dare not take medicine, even drinking water feel bloated, more uncomfortable after meals, always feel very heavy stomach, always sour, but also always want to spit.

[Undoubted] After pregnancy, due to the influence of high estrogen levels in the body, the gastrointestinal tract peristalsis function of expectant mothers is weakened, so the gestational period is relatively more prone to dyspepsia, such as abdominal fullness, acid reflux, belching, especially their gastrointestinal tract sensitive expectant mothers, in the early pregnancy more prone to Now these uncomfortable symptoms.

[Coping Strategies] In diet, expectant mothers should be careful to eat less and more meals. Instead of having to force themselves to eat a variety of well-known supplements too early, they can choose light, easily digestible foods and try to avoid eating too much fatty and sweet food. Mothers-to-be don’t have to be hard on themselves at this time. They can choose their favorite foods according to their own tastes. In fact, in a way, being good to themselves is good for their babies.

Lily: I always think I’m afraid of the cold. Sometimes I sweat and feel dizzy. I think I’ve caught a cold. It’s summer and the weather is getting hot, but I still have to wear sneakers, long sleeves, trousers, not daring to wear a short skirt. But sometimes it’s very easy to sweat, and it’s always very sweaty when you sleep or eat at night. Alas, what’s going on here?

[Understanding] In the first three months of pregnancy, the placenta in the abdomen is still in the early stages of development, will keep the body temperature of the expectant mothers at a higher level, so the general pregnant women will be afraid of cold situation. After all, the mother’s uterus has an extra small life, small life needs blood supply, some blood will flow to the uterus to pregnant fetus, resulting in the mother’s head blood supply is insufficient, dizziness.

[coping strategy]: in such a situation, expectant mothers can deal with symptoms. Pay attention to proper heat preservation for feet, joints and shoulders. Mothers with dizziness and sweating should pay attention to timely medical examination to see if there is anemia or hypoglycemia. Of course, it would be better if there were good prenatal and prenatal care, because mother anemia or hypoglycemia can pose a threat to maternal and child health.

Shenzhen: For me, the most painful thing about pregnancy right now is frequent urination. I don’t dare to go out to the bathroom without stopping all day long for fear that I won’t have time to go to the bathroom. I always wake up to go to the toilet at night. It’s really annoying.

[Undoubted]: With the gradual extension of menopause, the fetus is also slowly growing, the mother-to-be’s uterus is also gradually growing to meet the growing needs of the fetus. However, the bladder of the expectant mother is just in front of the uterus, and the enlarged uterus will compress the bladder at the early stage of pregnancy. So expectant mothers will have frequent urination during the first trimester, which is a common reaction to early pregnancy.

[coping strategy]: when the frequency is frequent, the expectant mother may go to the toilet several times and try not to hold back. If pain or burning occurs during urination, seek immediate treatment or treatment in the hospital.

Do not drink water within 1-2 hours before bedtime, and reduce the number of nights. 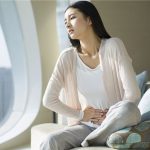 More attention should be paid to the first 3 points of pregnancy. 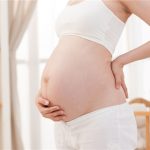 How does mother change “sugar mother” to control blood sugar?