Many pregnant mothers in the early pregnancy are more or less nausea, vomiting, loss of appetite and other early pregnancy reactions, if the reaction is too serious, not only will affect their own health, but also affect the abdominal fetus. How to relieve the symptoms of early pregnancy? Why is there an early pregnancy reaction?

During pregnancy, hormone levels in the body change due to changes in the body’s endocrine system, especially the increase in progesterone secretion, resulting in changes in the digestive system; coupled with slow peristalsis of gastrointestinal smooth muscle, food stays in the gastrointestinal tract for longer, resulting in abdominal distension and constipation symptoms of pregnant women.

At the same time, the body of pregnant women digestive juice and digestive enzymes decreased, resulting in indigestion, resulting in nausea, vomiting, loss of appetite and other early pregnancy symptoms.

Two, what are the adverse consequences of serious early pregnancy reactions?

If the pregnant mother nausea, vomiting, loss of appetite for a long time, will lead to reduced food intake, making the body such as folic acid, iodine, zinc and other nutrients lost, will increase the incidence of fetal malformation.

If a pregnant woman’s food intake is insufficient due to early pregnancy, the body will decompose fat to keep the body active. If the fat is not completely decomposed, ketoacidosis will occur, which affects the fetal nervous system.

Three, how to alleviate the early pregnancy reaction?

2, diet should be light.

A light diet will increase the appetite of pregnant moms, which will help pregnant women to get more nutrition. Pregnant women can eat more fresh fruits and vegetables, soy products and cereals, and can also eat oatmeal with fruit.

3, intake of foods rich in carbohydrates or dietary fiber.

If the carbohydrate intake is insufficient, it will lead to ketoacidosis, affecting the fetal nervous system. Therefore, pregnant mothers should supplement adequate carbohydrates or dietary fiber, which is sufficient to supplement nutrition, to avoid constipation has great help.

Pregnant mothers can properly eat some sour food, which can not only increase the appetite of pregnant mothers, but also promote the absorption of iron in the gastrointestinal tract. For example, tomatoes, apples, grapes, citrus, Myrica rubra and other sour foods.

Pregnant mommy’s early pregnancy reaction can not be ignored, otherwise it will affect the fetus in the abdomen. However, there is no need to be too nervous, to alleviate the early pregnancy response can be adjusted according to the pregnant women’s physical condition, in order to facilitate the health of pregnant women and fetuses. 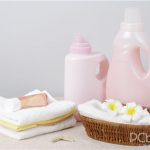 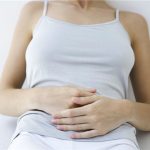 Stomach pain in early pregnancy? That’s how it works.