Because of the provisions of national policies, it is forbidden to identify fetal sex for non medical needs. But out of curiosity, many people want to guess. How many judgements have you heard about boys and girls?

Hao Ran Ma: My whole pregnancy is 12 weeks NT less than 2, 26 weeks three-dimensional 39 + 2 admission to hospital are more than 2, I gave birth to a male treasure.

@ Xixi Ma: let me help you verify! 32 Zhou Bchao: daughter difference 2.3, son difference 2.7. I have been born and have children. Scientific analysis: what is the double top diameter? What is femur?

Biparietal diameter: Medical term, also known as the biparietal diameter of the fetal head, referred to as BPD, refers to the length of the broadest part between the left and right sides of the fetal head, also known as the “large head diameter”. B-mode ultrasound measurement of BPD>8.5 showed fetal maturity. Doctors often use it to observe the development of children, to determine whether there is cephalopelvic disproportion, whether the smooth delivery.

Femur length: Femur length is a common index used by doctors to observe fetal development when they use B ultrasound to examine pregnant women during pregnancy. The femur is the largest long bone in the human body, which refers to the bone of the leg.

The above two are the biological signs of fetal development, different fetal babies have different values, and fetal position, measured biparietal diameter and femoral length data will be different. Therefore, there is no scientific basis for judging boys and girls only by looking at the biparietal diameter – femur > 2, which is not reliable.

1. the possibility of >2 reduction with double parietal diameter.

Big biparietal diameter: This is the performance of fetal development on the big side, and the mother-to-be nutrition is good, less activity has a direct relationship, this is now more common performance. As long as there is no abnormal condition in the head of the fetus, you can rest assured. If the fetal biparietal diameter is too large, the first consideration is hydrocephalus, it is recommended to do B-ultrasound attention to examine the fetal brain, excluding the possibility of abnormal development of the baby.

2. the possibility of <2 reduction with double parietal diameter.

Fetal biparietal diameter on the small side: do not rule out normal menstrual irregularities, pregnant weeks are not allowed at present or B-ultrasound measurement errors caused.

It is worth noting that if the pregnant mother’s health is not abnormal, B ultrasound and other maternal examinations are not abnormal, the general baby is healthy. The reduction of >2 or <2 by the double parietal diameter is not very significant, and the expectant mother should not worry too much.

What is the scientific method of judging boys and girls?

Then, what are the ways to scientifically judge boys and girls? Most of the rumors in the bookshops are not reliable. There are still some scientific methods. Let’s look down together.

Expectant mothers will be able to see the sex of their babies by B-ultrasound at more than 16 weeks of gestation, with an accuracy of 80% and the need for placental coordination. However, non-medical fetal sex identification is prohibited.

Amniotic fluid aspiration is also a scientific method to determine the sex of a baby between 16 and 20 weeks of gestation, with an accuracy of 99%, but with a certain risk.

By 10-12 weeks of pregnancy, the baby’s sex can be identified by villus biopsy, the accuracy rate is 99%, of course, there are certain risks.

Pregnant mothers at 7 weeks of gestation can identify the fetal sex by drawing blood, the accuracy rate of 99.4%, is the highest accuracy judgment method.

People are more sensitive to boys and girls. But this is not a random question. It is the combination of sperm and egg, and the final phenotype is gene. The ratio of boys to girls is 1:1 in medicine. But in fact, not everyone is universal, some of them are 1.15:1. That is to say, some families have more males than females, which is what we call genetic factors. 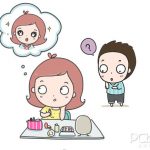 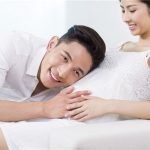 Make the two preparations for the late pregnancy.