After pregnancy, expectant mothers have a baby this “sweet burden”, it is inevitable that there will be overwhelming times, such as anemia is a common problem during pregnancy.

During pregnancy, a mother’s blood volume increases by nearly 50% compared with that before pregnancy, which means a surge in demand for iron, a basic element in the body’s production of hemoglobin that helps maintain the normal function of the immune system; once iron deficiency causes anemia, it is harmful to the health of the mother and therefore affects the fetus. The growth and development of your baby. The premise of iron supplementation is obviously that the content of iron in pregnant women is low, so the core of the problem is “how much to supplement how much”. Of course, the amount of iron required by mothers at different stages of pregnancy varies. Generally speaking, the longer the gestational age, the more complete the baby’s development, the more iron needed, so pregnant mothers have to learn to discriminate.

There is a “routine” for iron supplementation.

Animal liver, blood and lean meat are not only iron rich, but also high utilization rate, also known as food “iron triangle”. Pregnant mothers can eat pig liver, chicken liver, pig lean meat *, beef lean meat and duck blood. It should be noted that if the same food is cooked differently, the effect of iron supplementation will be different. Taking pig liver as an example, the iron content will be greatly reduced in the process of cooking brine, so it can be better to “preserve” the iron content of the food itself by means of slipping liver tips or boiling soup.

2, C is a useful supplement.

Vegetables and fruits rich in vitamin C can improve the absorption and utilization of dietary iron. It is suggested that iron supplementation should be accompanied by green pepper, celery, cauliflower, citrus, kiwifruit, fresh jujube and so on. However, plant-based foods are not the first choice for iron supplements, including spinach, which is often mentioned. Compared with animal-based foods, iron content and absorption rate differ by several dozen times and can only be used as a useful supplement to promote absorption. 3, use iron cooks to cook meals.

4. Taking iron is best after meals.

In addition to dietary supplements, pregnant women with iron deficiency anemia can also seek medical help and take iron supplements. It is recommended that pregnant mothers take it 30 minutes after meals to avoid gastrointestinal reactions caused by iron, nausea, vomiting, diarrhea and other adverse reactions.

In the long period of pregnancy, mother’s health will inevitably fluctuate, so in nutrition diet must be “give power”. Especially attention should be paid to iron reserves, to maintain a balanced nutrition during pregnancy at the same time, for the mother’s postpartum breast-feeding will also be helpful, this is the baby can strengthen the key to resistance from an early age. According to the World Health Organization, breast milk is the best natural food for newborns, so it is also called the baby’s “gold” ration. Breast milk is good for babies’ sensory and cognitive development, as well as preventing infectious diseases and chronic diseases. For example, lactoferrin in breast milk can effectively build up a defense barrier for babies and enhance their resistance. At the same time, MFGM milk globular membrane and DHA is a pair of golden breast milk partners, the two strong joint, help the brain signal fast and complete transmission, help the baby’s brain development. We should pay attention to proper and timely iron supplements during pregnancy to ensure balanced nutrition.

Therefore, expectant mothers in pregnancy can not be careless, we must pay attention to timely and appropriate iron supplement, after delivery can be more smooth milk, milk quality is higher, but also for the healthy growth of the baby to lay a good foundation. 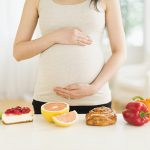 4 strokes to cope with high temperatures, pregnant mothers are not afraid of summer challenges. 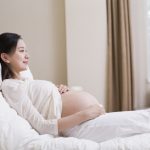 What kind of experience is spontaneous labor? Experience 3 stages.